Skip to content
Home » The Illusion of CoOp Direct Mail

We all get them.  They come in envelope form or magazine form. I’m talking about CoOp direct mail. The pitch is seductive.  Get your advertisement in thousands of homes for for a few hundred dollars.  In one ad magazine, I could get my message into 725,000 homes for a penny a piece.  It’s cheap enough all right but is it effective?

Being Read is Better Than Being in the Mailbox

The lure of coop direct  mail is it’s low cost to get your message into thousands of homes. But getting into the home isn’t the same thing as thousands of homes touching your advertisement and reading your offer.  This is the illusion of CoOp direct mail; equating an offer being in the mailbox with an offer actually being read. And without being read, all of the slick, 4 color design and professional copy in the world won’t generate a single sale. The goal is to have your ad read by the prospect, the objective is not simply getting into a mailbox.

If you were to pick a day for your offer to be placed in your prospect’s mailbox, would you pick a day that had scores of advertisements or a day when you would be the only advertisement in the mailbox?  The answer is obvious.  You want your offer to be noticed and not get lost in a sea of advertisements.  This is another area where CoOp direct mail works against you.  Sure your message is getting in thousands of homes but the message is lost or never noticed on a very, very busy “mailbox day”.

CoOp Direct Mail Competes Against Itself

In the top photo, there are three CoOp direct mail packages.  There are two coupon packs consisting of 41 and 32 advertisements and an ad mag that has 43 advertisements. Even if the CoOp mail pack or mag was the only piece of mail in the mailbox that day, you would still be competing with thirty to forty other ads for attention.  This is how CoOp direct mail works against you.  Even if the mag or envelopes get opened, there is fierce competition for your offer just to be noticed.

I’m Junk Mail, Throw Me Out

The other stigma attached to this direct mail alternative is it’s packaging.  The envelope or ad mag cover scream “I’m junk mail”.  It’s very easy to throw out the ad packs as they are identified as something unimportant, in the mailbox, right up front. There is no need to open an envelope or crack a page, it’s junk and it’s going to be filed accordingly.  In order for your offer to have a chance, it must have the appearance of being important enough to review before throwing it out.  This gives your offer a fighting chance to get read.  It would be safe to assume, that the vast majority of ad packs get tossed without the contents ever being exposed.  This is why it is necessary to scatter shoot thousands of these packages.

Take a moment and think about who does open the coupon packs and ad mags.  People looking for bargains are most likely to see what’s inside an ad pack.  Right off the bat, you are attracting margin squeezing buyers.

A variation on the ad pack theme is to bundle the delivery of the ad pack with separate post card offers.  This isn’t as bad as being in the CoOp pack because at least you stand a chance of being read before the pack gets thrown out. But your offer is still being delivered on that very busy mailbox day.

Experiences with CoOp Mail, Mine and Other Owners

I have discussed these ad packs with scores of business owners that use them.  At best, some used CoOp direct mail somewhat regularly.  For some, there was enough business to pay for the mailing with maybe a small gain.  For most, myself included, results were very poor.  I tried CoOp mail in my mortgage company and it was a total loss.  Not one sale and very few responses.

Now I know my offer was good because I was getting a consistent 1.5% to 2.5% response rates, with spikes as high as 4.5%.  In the direct mail arena, this is like going 4 for 4 with four grand slams.  My copy was good as was the proven offer and the design was professional (provided by the ad pack company), yet it was a total loss.

To get those response rates, I was spending about $.65 to $.85 per mail piece. That included data, production and postage.  I had the message nailed. Copy was proven by the response rates. I was looking to lower the cost of delivery of our offer and that was the reason I tried CoOp mailings.  That foray into CoOp direct mail is also the reason I will never use it again or suggest that a client use it.

I would expect a 1.5% minimum response rate on my mailings. Therefore, with a 5000 piece mailing, I could expect 75 inbound inquires.  From that we would take around 50 applications and close fifteen to twenty loans.  My average revenue per loan was approximately $3,000 so now you know why direct response direct mail was the marketing work horse for the mortgage company.  Some of the loans would close right away and some took months to close but the return on investment was there in the short term on a consistent basis.

Save Your Money, Do It Right

Let’s recap what we learned about CoOp direct mail.

Direct response mail can be highly effective and profitable if done correctly.   You will need good data, great sales copy and a unoffensive design for your campaign to reap the ROI you seek.  You will spend money but you will make money. Isn’t that better than throwing away a several hundred dollars on a totally ineffective campaign because it’s inexpensive and in tens of thousands of random mailboxes?  Use our contact form if you would like to discuss how direct response mail can drive your new business pursuits. 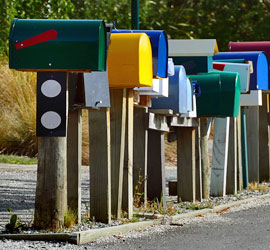 EDDM or Every Door Direct Mail is exactly what it sounds like.  Every mailbox on a postal workers route receives the mail […] 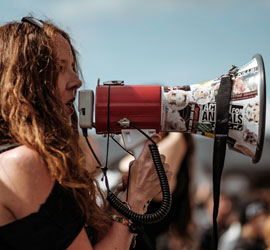